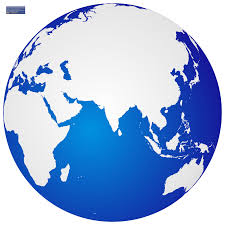 Mackinac Island doesn’t have a permanent population of more than 500 people. Besides, there are many horses with zero cars. From the month of May to October, the charming Michigan getaway relies on 3,000 workers to power its economic engine, the summer tourism.

Traditionally, majority of those workers are foreigners which include Mexicans, Filipinos, Canadians and Jamaicans respectively. These people are hired on seasonal visas. However, this year, when the business owners applied for those visas got to hear that the government is left with none.

Consequently, the owner of the Iroquois Hotel, a Victorian property on the waterfront where rooms command up to $1,200 a night, is trying his best to find out how to preserve its standards minus 30 Jamaican housekeepers. However, other hotels are considering of closing down of whole sections. Even the owners of the ubiquitous horses are speculating if they will have enough workers.

To quote Brad Chambers, who operates horse tours and taxis, ‘it’s urgent for us to get more visas to save the season.’ The island’s selling point has got stuck. As a result, it’s now suffering because it is fixed in the middle of a modern-day struggle in terms of jobs and who should be doing them.