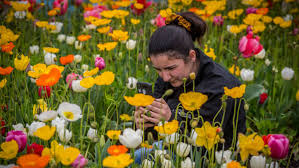 With international and domestic tourists streaming to Sydney and the regions, visitation to NSW is at a record high.

NSW remains Australia’s number one destination for visitors from home and abroad, with steady increases in the number of visitors, visitor nights and visitor related expenditure generated for the State, latest Tourism Research Australia figure show.

In the year ending June 2019, NSW received 37.2 million domestic overnight visitors and 4.4 million international visitors – the highest volume ever from both markets.

“These latest surveys show unprecedented growth for NSW, with domestic overnight visitors spending $22.6 billion in the state – an increase of 13 per cent year on year,” Minister Ayres said.

“International visitors also contribute significantly to the NSW economy with $11.3 billion generated through overseas traveler spend, which is up eight per cent.

“There have been significant gains in the high-yield markets of the United States and Japan which is the result of fantastic airline partnerships and trade initiatives in these countries. NSW welcomed 522,000 US visitors in the year ending June 2019 who generated $853 million in tourism spend (up 18 per cent) and 205,000 Japanese visitors who generated $402 million for the State.”

“In the latest survey NSW has reached its highest ever lead over Victoria and Queensland in terms of domestic overnight expenditure, proving that Australians love the Harbour City and the many unique experiences and landscapes of regional NSW,” Minister Ayres said.