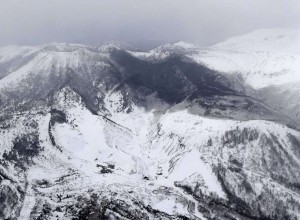 The volcanic eruption near Mount Kusatsu-Shirane and an avalanche at a ski resort north of Tokyo, Japan made mayhem with a repeated injury of around 15 people.

The Japan’s Meteorological Agency raised the volcano alert level for Mt. Kusatsu-Shirane in Gunma Prefecture to level 3 on a scale of 5. This means that the restrictions are in place on entering the area around the active volcanic mountain.

The Meteorological Agency of Japan detected the volcanic activity by the volcano around 10 a.m. local time.

The injuries were reported after ski lifts were hit by debris, citing the local fire department officials.

The Chief Cabinet Secretary Yoshihide Suga said the Government of Japan was gathering the information on the situation.