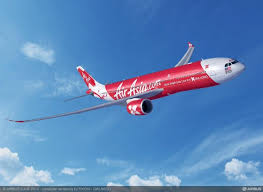 In order to promote holidays in Western Australia (WA) to people in Malaysia as well as in India, China and Japan, the WA State Government, through Tourism Western Australia, has teamed up with AirAsia X.

Tourism Minister Paul Papalia announced the co-operative agreement in Malaysia at Air Asia's headquarters. The deal, worth $1 million, has the potential to bring thousands of holiday-makers to the State.

Papalia said, &quot;We know that well promoted low-cost airfares are a strong drawcard for people to visit Western Australia, and this deal with AirAsia X will provide that in some of our important markets such as Malaysia, India, China and Japan.

&quot;Malaysia is Western Australia's second biggest source of overseas visitors so we know Malaysians love what WA has to offer.”

AirAsia X is a leading long-haul, low-cost airline operating primarily in the Asia-Pacific region serving 31 destinations across Asia, Australia, the Middle East and the United States of America from two hubs: Kuala Lumpur and Bangkok.

This marketing agreement will not only encourage more Malaysians to visit the State but the marketing activity in connecting markets of India, China and Japan will help entice holiday-makers from those markets as well,” the Minister added.

The deal forms part of the $12 million international marketing boost announced by Premier Mark McGowan and Mr Papalia in March to grow the number of people visiting WA from overseas.

It is hoped the combined campaign activity in Malaysia will generate more than 29,000 visitors, providing a further boost to the WA economy to help create new jobs.