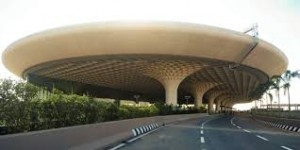 Selected by millions of passengers in a survey carried out by ACI, the trade association of 1953 member airports across 176 countries, the award reflects Mumbai airport’s excellence in service parameters that go towards satisfying the needs of travellers.

As part of the ACI’s worldwide programme, passengers were surveyed across international airports for their feedback on 34 key performance indicators including airport access, check-in, security screening, restrooms, stores and restaurants. A highly regarded accomplishment in the aviation industry, this honour is a testament of GVK MIAL’s unflinching commitment towards operating with an approach that promises efficiency, safety and reliability. The award acknowledges the company’s endeavours towards offering a world-class environment to all travellers transiting through the airport.

Speaking on the occasion, Dr. GVK Reddy, Founder and Chairman, GVK, said, “We are delighted to be conferred with this award. In 2007, when we had taken over the complete operations of the airport, the ASQ score was 3.53 and in ten years we have got it to hover around 4.99 out of a maximum 5. It is a testimony to the quality service provided during 2017 to over forty six million travellers by the thirty thousand odd airport community members comprising the CISF, Customs, Immigration teams, airline staff, F&B and retail teams, the housekeeping and maintenance units, and our employees who work at the airport with a mission to constantly raise the bar and create new benchmarks day after day.”

“Going forward, we will continue to strive harder and innovate through technology enabled services to delight our travellers”, Dr. Reddy added.

GVK MIAL’s efforts have constantly been focused towards placing CSIA amongst the world’s best airports. The evolution brought through CSIA with respect to services, functionality and operations personifies into a dynamic travel companion that its stakeholders cherish having on their side.

Through providing an assortment of world-class facilities to travellers, including the GVK Jaya He New Museum, CSIA has continually made efforts in rendering travel to and from Mumbai as the most desirable and enriching experience.