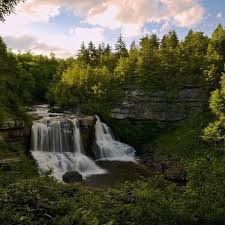 When Governor Jim Justice was elected in 2016 in West Virginia, he made it clear to prioritize spending for advertising for promoting West Virginia as a tourism destination throughout the US and also globally.

The effort, led by Tourism Commissioner Chelsea Ruby, has proved to be tremendously successful due to a comprehensive strategy for creating a recognizable brand for the state and the use of new and emerging avenues for attracting potential visitors.

Her job is not simply to bring tourists in from out of state, Ruby said.

The now iconic “Almost Heaven” tourism campaign — featuring the name of the state written in an instantly recognizable font and scored by versions of John Denver’s “Country Roads”, was developed during the early days of the Justice administration, said Ruby.

The campaign has made a positive impact on tourism growth and spending in WV in just a little more than two years.

Since the campaign came out, the state has seen an overall growth in tourism spending of 9.9%, a figure outpacing national growth by 58%.

Ruby said, “We are seeing all of these indicators going up. Earnings for people who work in the (tourism) industry are going up, the tourism-supported jobs are going up and the taxes are increasing.”

The tourism industry fetches about $534.5 million in state and local tax revenue annually.