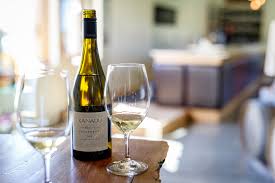 As part of a blockbuster line-up of talent secured for the Western Australia Gourmet Escape; the State’s flagship food and wine festival in November, renowned British chef, restaurateur and television personality Marco Pierre White, will return to Western Australia (WA).

Margaret River will continue the culinary adventures from November 15-17 with a program that focuses on the region’s famous wine, alongside spectacular forest and coastal scenery.

&quot;The WA fresh produce, seafood and boutique beverages produced by our regional areas and loved around the world, will continue to be at the heart of this festival.”

Pierre White, who attended Margaret River Gourmet Escape in 2015, will be joined by other big names on the international food scene including American chef, television personality and founder of the Momofuku restaurant group, David Chang.

Kobus van der Merwe, the chef who clinched ‘Restaurant of the Year’ at the first edition of The World Restaurant Awards for his South African restaurant Wolfgat, has also been locked in for the festival, alongside a host of international and Australian talent.

The Swan Valley and Perth will host the opening program of events from November 8 to 14, which celebrates the region’s produce in cooking formats ranging from food trucks to fire pits. Highlights include appearances by Marco Pierre White, a performance by Australian band The Rubens and the new World Gourmet Symposium.

It will be the first time the event has been run in its new expanded format, with the longer time period and added locations designed to attract more visitors from interstate and overseas.