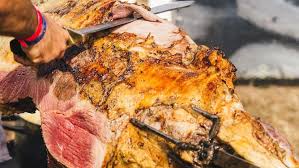 A range of exciting new culinary experiences are confirmed for the WA Gourmet Escape which runs from November 8-17.

“It will be a drawcard for people to visit one, two or all three of the event’s locations and be part of this newly expanded culinary festival which enables local businesses to showcase their produce.

Kicking off in the Swan Valley, Gourmet Feast in the Valley will take place at Sandalford Wines, promising to be a weekend-long celebration of food and music for the whole family.

“Gourmet Feast in the Valley will play to the Swan Valley’s rustic charm, celebrating the region’s rich history and bountiful produce, while the Perth events will highlight how far our city has come over the past few years, transforming in to a vibrant and bustling foodie hub,” Tourism Minister Paul Papalia said.

A Wine and Sign with Marco Pierre White event on November 9-10 has just been announced for Feast in the Valley, offering visitors a chance to meet their culinary idol.

Another highlight of Feast in the Valley will be the Feast Fire Pit – featuring cooking demonstrations over open flames by culinary heavyweights such as Marco Pierre White and self-confessed ‘hardcore carnivore’ Jess Pryles.

On the main stage there will be DJs and musicians catering to all ages and musical tastes, including headline band The Rubens, WA favourite Abbe May, and popular children’s entertainer Justine Clarke.

There will also be plenty of food trucks on site offering a variety of cuisines; workshops and community talks celebrating the Swan Valley’s local produce; and a Little Grower’s Garden for the kids.

Three new collaboration dinners have just been announced for the inaugural Perth leg of the event – featuring some of the city’s best restaurants and world-renowned culinary talent.

These include Rishi Naleendra at Wildflower presented by Singapore Airlines (Monday November 11), An Evening with Pierre Koffmann and Guillaume Brahimi at Bistro Guillaume (Wednesday November 13) and Ciccio Sultano at Santini Bar and Grill (Thursday November 14).

Moving down to the Margaret River region, the Fraser Gallop Estate Friday Long Lunch is back by popular demand on Friday November 15, with matched wines and food from Vue de Monde executive chef, Hugh Allen.

And on November 17, Wine and Swine with Colin Fassnidge – a new headline chef, exclusive to the Gourmet Village – offers guests an exclusive lunch and Q&A session with the Dublin-born favourite.

Another exciting new addition to this year’s Western Australia Gourmet Escape is the World Gourmet Symposium, being held at Mandoon Estate on November 14.

The symposium will offer a full day of networking, education and panel discussions for those in the food, drink and hospitality industry, providing an opportunity to meet and connect with attendees from international and Australian hospitality-focused businesses.