WestJet cuts its workforce into half due to COVID-19 crisis 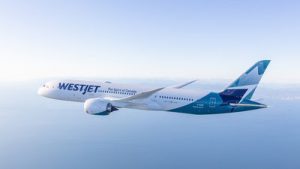 Canadian Airlines, WestJet has recently announced the elimination of 50% of its staff. The decision has been undertaken due to the adverse effects of the deadly coronavirus pandemic on the aviation industry.

On Tuesday, Ed Sims, Chief Executive, WestJet said in a press statement that 6,900 WestJet employees have received notices confirming early retirements and early outs. In addition, both voluntary and involuntary leaves are also being given out. He shared that the news is devastating for all WestJetters. He also appreciated the spirit and selfless attitude of the people as it has helped to avoid a potentially worse outcome. He mentioned that it is for those employees that WestJet continues to operate with a collective remaining workforce of 7,100.

The airline had approximately 14,000 workers before the cuts were announced. About 90% of the cut down have accepted voluntary departures, for a period of three months alongside some permanent layoff.

He also shared that it is through the sacrifice of such WestJetters that the airline is preserving a set of core people. The current workforce will remain dedicated to prepare for the moment when the situation stabilizes. Sims added that the carrier is waiting to rise back once the moment of crisis is over.

The Calgary-based airline is Canada’s second flag carrier after Air Canada. It is currently operating at almost a similar size as compared to the year 2003. WestJet has also canceled all international operations and working a skeleton domestic service at present. The airline has also grounded 120 aircraft, which are about two-thirds of its fleet.

Similar to that of its contemporaries in North America and around the world, WestJet has taken radical measures to preserve cash. The airline has already released about 80% of contractors and paused nearly three-quarters of its capital projects. It has also instituted a hiring freeze. Additionally, executive team members and directors have taken pay cuts.

All Canadian airlines have been hit hard by the coronavirus crisis. The country’s airline industry has requested the Canadian government aid to help them survive the global pandemic.