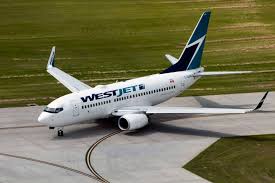 WestJet has declared three new direct flights to Europe out of Calgary International Airport, which Ed Sims, the president and CEO says will turn the airline into the first Canadian company to base Dreamliner aircraft out of Calgary.

The new Boeing 787-9 Dreamliners non-stop services on board will take travelers from Calgary to London Gatwick, Paris and Dublin. On April 28, May 17 and June 1, 2019, the new flights will be launched.

The three aircraft are among 10 Dreamliners the company has on order. Plans for the next three Dreamliner airplanes will be disclosed during this time in 2019.

Sims said WestJet’s decision to base the first three of those assets in Calgary is a “huge vote of confidence in the local economy and in the airport.”

The new routes will have a total of 14 weekly flights from the United Kingdom and Western Europe to Calgary. Sims stated that the airline has the possibility0 to ultimately attract 150,000 visitors to Calgary every year all over the three new flights. According to WestJet, the new routes will support an estimated 650 full-time jobs and $100 million in economic output,.

“We believe that WestJet’s own evolution epitomizes the industry of Alberta: industrious; innovative; entrepreneurial,” Sims said during a Postmedia editorial board meeting.