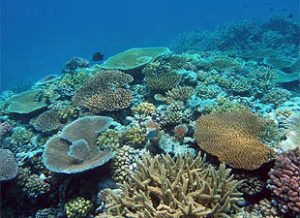 Whale shark tourism has lowered the coral density and diversity off the coast of Tan-awan Oslob, Philippines as per the scientists in Hong Kong, the Philippines and Guam. Their findings were published in Environmental Management.

Oslob is a small municipality on the south coast of Cebu, the Philippines and it has become a domestic and international tourism hotspot since 2011. In 2015, it had welcomed over 300,000 visitors to the village of Tan-awan.

There is year-round presence of whale sharks along the local shallow reef as local tourism association feeds the whale sharks with up to 50 tons of shrimps annually.

Scientists from the University of Hong Kong (HKU), the University of Guam, and the Large Marine Vertebrates Research Institute Philippines (LAMAVE) have demonstrated that whale shark tourism has led to the degradation of the local coral reef ecosystem.

As per the findings, Tan-awan had higher macroalgae; lower coral density; less diverse coral community; and increased weedy corals and stress-tolerant corals, in comparison to a reference site further south of the coast.

Whale shark tourism is projected to grow steadily. However, as per Dr. Alessandro Ponzo of LAMAVE, the conservation of marine resources needs to be balanced with sustainable tourism and local food security.