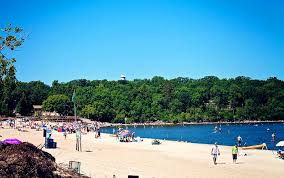 Winter is a bane of existence as well as a badge of honor for many people in Manitoba.

Manitoba Chambers of Commerce President and CEO Chuck Davidson said that winter holds untapped potential when it comes to tourism.

Davidson said that tourism is growing because people are creating unique experiences like skating on the Red River Mutual Trail, Festival du Voyageur and A Maze in Snow located in St. Adolphe, about 25 minutes south of Winnipeg.

To quote Davidson, “By 2022, we want to be a $2.2 billion dollar industry, so there still tons of room for growth in this province, and creating more product like ones we are creating, that’s what’s going to attract more people to Manitoba.”

Davidson said that every year there is $100 million in increased spending on tourism products in Manitoba.

“People like authentic experiences, and that’s what they are looking for. Whether it’s getting the opportunity to go skating on a river that’s nine kilometres long in minus 40 degree weather, that’s something cool to do. Whether it going to this snow maze that could be creating a record for the largest snow maze in the world, that’s a cool thing to do,” Davidson said.

The Forks said that its winter activities are a big draw for tourists from all over the world on their way to Churchill, and people from North Dakota. Every year traffic increases between five and 20 per cent.