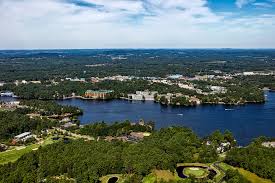 A Milwaukee Brewers playoff run and a giant Harley-Davidson birthday party helped boost tourism spending in Wisconsin last year, state officials said on Monday. The tourist spending in Wisconsin has been increased by nearly 5 percent in 2018, to $13.3 billion. The state saw 112 million visitors, which was 2 million more than it had in 2017. Visitation has now grown by at least 2 percent in each of the past five years.

She noted that Madison hosted the CrossFit Games and speculated that large numbers of golfers may have visited Wisconsin to play the Erin Hills course, which hosted the 2017 U.S. Open. Golfers typically travel to courses that hold major events to experience playing on them, she said.

The report, which was compiled by research company Tourism Economics, found that the recreational, lodging, food and beverage sectors all saw upticks in spending. The most spending occurred in the lodging sector, at $3.6 billion, which was up from $3.4 billion in 2017.

The Tourism Secretary of Wisconsin Sara Meaney and Gov. Tony Evers planned to travel Wisconsin this week to promote the report. Their schedule Monday included stops at Rib Mountain State Park in Wausau and Great Northern Distilling in Plover. They planned to visit to Island Outdoors, a bait shop and watercraft rental business on French Island just outside La Crosse; the Pablo Center at the Confluence, a performing arts center in Eau Claire; and Sassy Cow Creamery in Columbus on Tuesday.