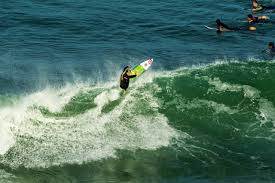 The World Surf League (WSL) will return to New Zealand for the first time in five years for the Piha Pro, a WSL Challenger Series (CS) event on the newly-announced competition tier’s calendar.

As part of the new WSL Challenger Series, the inaugural Piha Pro will attract a huge international field with some of surfing’s biggest stars coming up against New Zealand’s most promising talent. The event will offer equal prize money to both men and women.

New Zealand has long been known for its beautiful coastline, which is dotted with world-class waves, and this event will display this perfection to surf fans around the world. It will also be a huge opportunity for the deep talent pool of local surfers to showcase their skills against the world’s best with avenues to the main event through a local trials event being available for New Zealand competitors.

“The New Zealand Government is investing in the WSL Challenger Series and it’s a great fit for New Zealand,” said Economic Development Minister, Phil Twyford. “The WSL Challenger Series has a focus on gender equity, which aligns incredibly well with the
work we’re already doing in Aotearoa New Zealand to inspire and encourage more women and girls to participate and lead in sport and active recreation.  Also, having the world’s best surfers here, and sharing our country with them, can really build pride and connections both at home and with visiting athletes and supporters.”

The 2020 event will be the first in a three-year agreement between the WSL, New Zealand Major Events and Auckland Tourism, Events and Economic Development (ATEED), which invested in the event on behalf of Auckland Council.