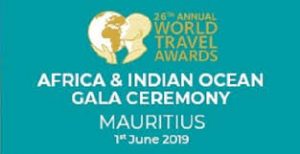 Africa’s best travel brands and the Indian Ocean have been disclosed at a star-studded gala ceremony in Mauritius.

The influential people of the travel industry congregated for the World Travel Awards Africa & Indian Ocean Gala Ceremony at Sugar Beach – A Sun Resort to see who’d be among them to be crowned best of the best.

Winners at the red-carpet reception were Kenya, home to some of the greatest tourist attractions of the world, which was voted as the Leading Destination of Africa.

In the meantime, the verdant forests, wild waterfalls, unique wildlife and paradise beaches of Mauritius helped it boost up the title of Indian Ocean’s Leading Destination, along with the new category of Leading Adventure Tourism Destination of Indian Ocean.

Hundreds of the eminent travel industries figureheads all over Africa and the Indian Ocean took part in the ceremony at Sugar Beach – A Sun Resort, which borders the vast sands of Flic-en-Flac Beach.

“We have had the privilege of recognising the leading destinations, hotels, resorts, airlines and travel providers from across Africa and the Indian Ocean and my congratulations to each of our winners.”

In the aviation sector, Ethiopian Airlines was voted the Leading Airline of Africa, as Africa’s Leading Airpor’ went to Cape Town International Airport.

In the Indian Ocean categories, the Maldives paved its reputation as the ultimate romantic nation by being named the Leading Honeymoon Destination of Indian Ocean, while Seychelles picked up Indian Ocean’s Leading Sustainable Tourism Destination.