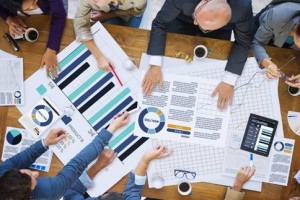 WTM London 2018, which will be from 5th November -7th November, 2018 is poised to be the most successful yet with more Ideas Arriving at WTM London than ever before.

Around one million business meetings take place at WTM London 2018 all generating ideas that will fuel the future of the travel and tourism industry. The show will adopt a regional focus for 2018 with each geographical region of the event having its own Inspiration Zone. These Zones will be the focal point of each region hosting dedicated regional content and networking to help all participants generate a maximum number of ideas they are able to take back to their business to implement.

Other new initiatives include the co-location of travel and hospitality tech event Travel Forward (T>F). T>F will inspire the travel and hospitality industry with the next generation of technology and will include a paid-for conference packed with technology business leaders. The Tuesday evening of WTM London (Tuesday 6 November) will also host the inaugural International Travel & Tourism Awards at the iconic Tobacco Dock. The Awards will recognise, reward and celebrate best practice in the travel industry. Furthermore, a dedicated area will be launched for agencies in the marketing, representation, PR and social media space. The WTM Agency Pavilion will be conveniently located at the entrance to the WTM International Media Centre.

WTM London and T>F will host more than 100 sessions across its record eleven stages with more than 500 senior industry leaders sharing their knowledge, wisdom and opinion to help the flow of ideas around the industry.

With all the new initiatives taking pace at WTM London 2018 it is anticipated that the 50,000 delegates from 182 countries and regions will conduct even more business than last year’s record £3.1 billion.  Monday 6 November will remain an exhibitor invite-only day, allowing exhibitors to conduct business meetings with key suppliers. The event will kick off with the WTM Speed Networking at 9am – before the exhibition floor opens at 10am. Tuesday 8 November will host the UNWTO & WTM Ministers’ Summit with the day also starting with a Speed Networking session with buyers split by the sector they purchase.

Wednesday 9 November will host World Responsible Tourism Day – the largest day of responsible tourism action in the world. WTM London 2018 will start with the WTM Digital Influencers’ Speed Networking and conclude with the WTM Festivals, which will see a number of exhibitors hosting parties showcasing their culture, music and cuisine.