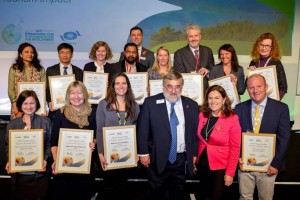 The 18 finalists for the 2018 WTM World Responsible Tourism Awards have been announced, covering everything from multinational travel companies, destinations and NGOs, to a single homestay. They come from all across the world, from Sri Lanka and India to Spain, South Africa, the UK and the USA. Some work globally, while others are committed to the local region where they are based. All share a commitment to developing tourism as responsibly as possible.

This year there were five categories that people could apply for: Best for Communicating Responsible Tourism, Best for Employment Conditions, Best for Local Economic Benefit, Best for Wildlife, and finally Best for Managing Success – which looks for destinations that are best coping with the demands of Overtourism. The 18 finalists for 2018 are;

The Awards will be presented at WTM London on WTM World Responsible Tourism Day, Wednesday 7th November, where the Gold and Silver winners in the five categories will be announced. BBC presenter Tanya Beckett will also interview the Gold winners about their businesses and the initiatives they have been recognised for.

“To become a Finalist in the WTM World Responsible Tourism Awards is a significant achievement, it marks you out as a leader in Responsible Tourism; it carries a responsibility to exercise leadership,” said Chair of the Judges Harold Goodwin. “Our purpose in organising the Awards has not changed since they were launched back in 2004 – we want to encourage change in the industry, to single out for recognition those who are taking responsibility and can evidence that they are having a positive impact, that they are making tourism better.”