WTTC urges G20 leaders to save the Travel & Tourism sector 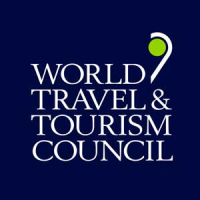 The World Travel & Tourism Council (WTTC), which represents the global travel & tourism private sector have urged world tourism leaders to implement critical measures to save the Travel & Tourism industry. The call was made in light of the coronavirus pandemic to prevent a catastrophic collapse of the industry due to the virus spread that has put up to 75 million jobs at immediate risk. The announcement was made ahead of a special meeting of the G20 hosted by the Kingdom of Saudi Arabia, scheduled today.

WTTC entreated the G20 leaders to assign resources and coordinate efforts to rescue major travel businesses such as airlines, cruises, hotels, GDS and technology companies. The council also asked to provide support to SME’s, such as travel agents, tour operators, restaurants, independent workers and the entire supply chain. The support is required in order to save the jobs of the 330 million people who rely on Travel & Tourism for their livelihoods.

A special virtual meeting involving WTTC has been hosted by His Royal Highness King Salman of the Kingdom of Saudi Arabia. It takes place as WTTC releases its latest annual Economic Impact Report. According to WTTC’s 2019 research, Saudi Arabia’s new tourism strategy has made it the fastest growing and best performer across all G20 countries. A growth of 14% in Travel & Tourism, contributed 9.5% which includes direct, indirect and induced impacts to the Kingdom’s total economy, supporting 1.45 million jobs (11.2% of the country’s total).

Gloria Guevara, President, and CEO, WTTC said in a statement that the council appreciates the Kingdom of Saudi Arabia for its outstanding leadership and commitment by prioritising the development of Travel & Tourism. She acknowledged that Saudi has received extraordinary results in a short time frame. She said that WTTC hopes Saudi’s leadership and recognition of the Travel & Tourism sector, which contributes to one in 10 jobs in the planet, the Kingdom under its Presidency, will work with the largest economies of the world to implement critical measures for its survival.

She mentioned that the coronavirus pandemic has put the sector in unprecedented danger of collapse. She also shared that with passing days the fear increases unless a global rescue package is provided to bolster the travel and tourism sector that has become the backbone of the global economy.

WTTC’s Economic Impact Report for 2019 reveals that the travel and tourism sector was responsible for generating one in four of all new jobs globally in 2019. The industry will also play a significant role in powering global recovery.

Gloria Guevara further added that it is of paramount importance that the G20 take urgent action at present. The action is required to preserve the 75 million jobs at immediate risk. If otherwise, it would represent a crushing Travel & Tourism GDP loss to the world economy of up to US$2.1 trillion for the year 2020 alone.

She shared that a determined and decisive action by the G20 could reverse the present situation. It also has the probability of saving millions from misery as well as boosting one of the major contributors to future economic growth. She said that WTTC implores the G20 to take this fundamental step on behalf of millions of large and small families and businesses across the globe. WTTC also recognises the efforts from all G20 countries in supporting a sector that reduces poverty, is an engine for growth and provides job opportunities, especially for women and the youth.

WTTC’s latest Economic Impact Report reveals the importance of the Travel & Tourism sector for aiding the world economic recovery. It shows that throughout 2019 the sector supported one in 10 jobs (330 million), making a 10.3% contribution to global GDP and generating a quarter (one in four) of all new jobs. The Travel & Tourism sector also outperformed the 2.5% rate of global GDP growth.

A breakdown by WTTC shows the Asia Pacific to be the top-performing region worldwide with a growth rate of 5.5%, followed by the Middle East at 5.3%. The U.S. demonstrated a growth rate of 3.4% and the EU 2.4%. However, the country showing the best performance was Saudi Arabia, growing four times than the global average.