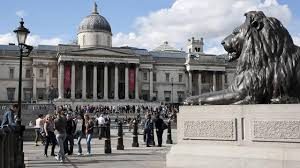 Z hotels will use the loan to acquire office space on Chandos Place near Trafalgar Square and convert it into a 123-room hotel, reportedly slated to open in fourth-quarter 2019. The amount of the loan was not disclosed.

This loan comes six months after OakNorth loaned Z Hotels £7.3 million to finance the 120-room Z Tottenham Court Road hotel on Poland Street in London’s Soho neighborhood. That deal added to OakNorth’s £15.2 million support for Z Hotels, which the bank provided to fund the development of new sites in Covent Garden and Holborn.

Jonathan Raymond, director at Z Hotels said that they chose OakNorth for this transaction as they knew they’d be able to deliver what we need in the time frame we needed it.

Deepesh Thakrar said that the UK hotels have enjoyed record trading this year, underpinned by the increase in overseas leisure travel. The group achieves much higher occupancy rates and margins than its peers and has proven that it can maintain this across an increasingly expanding portfolio.

Launched in 2011, Z Hotels owns and operates 11 hotels with more than 1,000 guestrooms, with another two hotels in the pipeline.