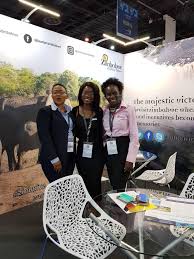 The Zimbabwean tourism authorities are perking up efforts to strengthen tourism traffic from the German market with the country taking part at the 2019 International Tourism Bourse (ITB) in Berlin Germany, which officially started yesterday morning and would run till 10 March.

The Minister of Environment, Tourism and Hospitality Industry, Priscah Mupfumira, is leading the Zimbabwean delegation, which comprises a record 28 local tourism industry players.

The Zimbabwe Tourism Authority (ZTA) said that the country has made a huge statement this year with a massive exhibition space at the world’s largest travel show after securing 72 square metres, marking a significant improvement from last year’s figure of 15 local exhibitors.

“Officials are confident of making a strong statement for the Zimbabwean tourism product and its offerings to grow arrival statistics,” said the ZTA.

Minister Mupfumira believes that the opportunity remains for Zimbabwe to aggressively showcase its tourism potential in this region, particularly in Germany.

“This is a clear indication of the significance of this market to Zimbabwe’s tourism economy hence the need for intensified investment in destination promotion,” said Minister Mupfumira.

According to Tourism Business Council of Zimbabwe chief executive officer, Mr Paul Matamisa, “ITB is a must attend show for the tourism industry by virtue of its magnitude, it is by and large the leading travel trade show in the world, so Zimbabwe stands to benefit immensely from networking with seasoned travel professionals to give them an appreciation of Zimbabwe’s tourism offering and include it in their packages.”