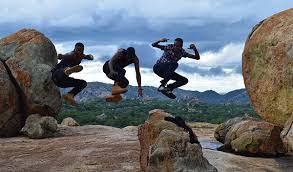 has seen an increase in tourist arrivals in recent years. It risks losing out on the global tourism cake due to rising costs, with sector players warning this could deter potential visitors.

The government of Zimbabwe says it expects 2.8 million visitors this year, mostly from its traditional European source markets, but this target could be missed because of the high pricing regime which renders the country’s tourism products uncompetitive as compared to other countries in the region.

The tourism is one of the country’s biggest foreign currency earners, having raked in US$214,9 million in visitor exports in 2017. Last year’s figures are not yet available. The situation is worsened by the unavailability of cash in the country.

According to the Visitor Exit Survey (VES) which was conducted in 2017, international tourists prefer to use cash in transactions.

Zimbabwe Tourism Athority (ZTA) acting chief executive Givemore Chidzidzi told the Zimbabwe Independent that the ongoing wave of price hikes could have a negative impact on the sector.

The Tourism and Business Council of Zimbabwe chief executive officer Paul Matamisa however says the country may still benefit from tourists-in-transit who are ordinarily not affected by the price hikes and cash shortages. In the 2019 national budget, Finance minister Mthuli Ncube said the government was making efforts to promote the country’s tourism products to the world.