More than 100,000 tourists stuck in New Zealand since it began lockdown 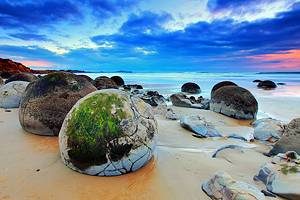 About 100,000 tourists stuck in New Zealand since it began a lockdown last week were starting to fly to their home countries Friday. The initial problem for many tourists had been that they were banned from catching domestic flights during the strict month long lockdown, which is aimed at preventing more coronavirus infections. The domestic flight ban prevented tourists from reaching the country’s main hub of Auckland Airport to catch international flights home.

But Foreign Minister Winston Peters announced that the tourists could catch internal flights, so long as they were leaving the country. He said charter flights organized by foreign countries would also be allowed alongside regular commercial flights.

The officials said 37,000 tourists had signed up with their various embassies seeking to return home, although Peters said in an interview with radio station RNZ that the true number seeking to leave was about 100,000.

Air New Zealand said the first of several flights chartered by the German government to repatriate stranded Germans left Friday afternoon from Auckland bound for Frankfurt via Vancouver. The German Embassy in Wellington last week said more than 12,000 had signed up for its repatriation program.

Clarke said that so even if they were to have chartered flights, we would still need commercial flights as well While most of the stranded tourists are from the U.K. and Europe, officials said about 2,700 tourists from Asia and 3,800 from North and South America combined had also signed up to be repatriated.

New Zealand has recorded 868 cases of COVID-19 and one death from the disease. About half of the cases have been linked to overseas travelers returning home, and the country has so far avoided a major local outbreak.

New Zealand’s lucrative tourism industry, which was the nation’s single biggest earner of foreign income, has ground to a halt due to the virus outbreak. Tourism New Zealand estimates the industry accounted for about 10 percent of the nation’s GDP and employed 230,000 people.