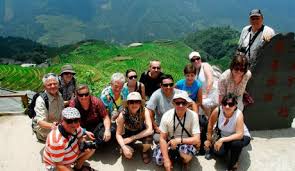 According to the figures released by the Ministry of Culture and Tourism China’s domestic industry garnered 2.45 trillion yuan (358.9 billion U.S. dollars) during the first half of 2018. This was 12.5 percent up year on year.

More than 71.3 million overseas trips were made by Chinese tourists during first half of the year as per the ministry.

In the first half of 2018 more than 2.8 billion times the Chinese tourist visited domestic attractions. There were 2 billion visits made by the urban residents showing an increase of 13.7 percent as compared to the same period last year. Visitors from the country side paid 800 million visits which was up by 6.3 percent.

Inbound trips in China was around 23.8 million from tourists outside the country where 76.7 percent were Asians.