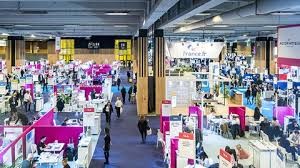 Paris has been portrayed in films innumerable times than we can possibly count. The capital’s latest role – as a showcase for the French tourist industry’s enormous savoir-faire – was on display at the 13th edition of Rendez-vous en France.

The French government targets 100 million visitors in France in 2020, bringing in 50 billion Euros in revenues.

After a difficult time following the 2015 terrorist attacks, Paris is back on top, with a record tourism year. The return of Rendez-vous en France to Paris coincided with this tourism rebound. As the biggest French marketplace for tourism professionals, this event rotates its location in three-year cycles for highlighting other French regions. Following Montpellier (2016) and Rouen (2017), Paris was in the spotlight this year. Next year it will be held in Marseille.