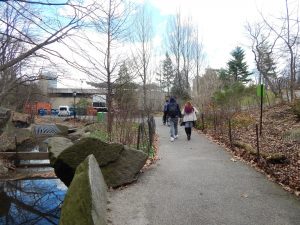 New York’s Central Park is going to get a huge makeover worth $150 million. The makeover entails the development of a new ice skating rink and a boardwalk. The entire park is not going to be overhauled rather renovations will take place in the area west of Fifth Avenue and south of 110th street.

New York City’s Park Department has collaborated with Central Park Conservancy for this project. In the last few years, the Ravine landscape and the Loch Waterhouse have been remodelled so that they can be made accessible to pedestrians from the Harlem Meer, an 11-acre water body closest to Harlem.

The Laser rink and pool were built in 1996 which served as a concrete barrier between the Meer and the ravine. Under the renovation work, the division will be removed, so that water that runs through the Ravine can reach Meer.

Also, the pool house will be created into a slope in the topography with a landscaped berm surrounding the pool that connects them. The pool house will boast of a green roof. Wood, stone and glass would be integrated with the natural topography. All materials are supposed to be locally sourced, and the glass will be bird-safe.

Visitors can visit the pool, deck, splash pad, and green roof during the summer days and during the winter, the pool area will transform into a massive ice skating rink. People can fish and canoe at the boardwalk. The construction work is supposed to start from the spring season in 2021 and its grand opening is slated for 2024.

The president of the Central Park Conservancy, Elizabeth W Smith, said: “We are excited to offer the public a design that achieves one of the Conservancy’s highest goals. It will connect recreational activities with the restorative and uplifting experience that is the essence of Central Park. This will give New Yorkers greatly improved amenity they deserve. Since the inception of the Conservancy in 1980, we have spent over one billion dollars in the park and have restored, renewed and preserved every corner of the urban treasure.”