More than 200 passengers abandoned at airport as Etihad cancelled flight 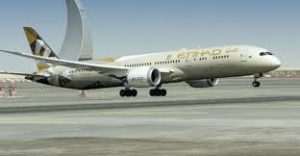 An evening flight from Manchester to Abu Dhabi was cancelled leaving more than 200 passengers deserted at the airport.

At 7.19 pm on 27 March flight EY22 was about to leave Manchester that would have reached UAE capital at6:15.

It was reported that the inbound aircraft needed technical attention after suffering from a suspected lightning strike.

At 10:30 pm the passengers were told that the flight was cancelled and one of the passenger complained that they would be coached back to Crowne Plaza hotel but they were not informed of the appropriate one.

During the wait for coaches, Etihad or its ground handling staff did not assist as per some of the consumers. Women with young babies had to scale fences and cross scrub land to make their way to the Crowne Plaza at the airport and got to know that it was the wrong hotel.

At 2am they could arrive at the right hotel and were informed that they will be needed to leave on coached back to the airport at 6 am.

Passengers vented out their frustrations by taking to the social media as many missed the flight connections.

It was stated that the replacement plane took off almost 18 hours late.

A Etihad Airways spokesperson said that the cause of the problem was a gradually extended delay due to a technical checks required following a suspected lightning strike on the inbound flight.

The airline further went on saying that due to lengthy delay, they made the decision to cancel the flights and provide customers with overnight accommodation in Manchester and take the flight the next morning.

A bus driver inadvertently drove to another property during the hotel transfer and then took the customers to the correct hotel.

The spokesperson further explained  that Flight EY22 on 28 March was subsequently delayed due to a baggage discrepancy and staff provided up-to-date information on the delay.

Any inconvenience experienced by their valued guests and their safety was of the highest priority. The ground personnel worked diligently to resolve the issues.

Under the European passengers’ rights rules, Etihad will not pay compensation as the cause of delay was a lightning strike.