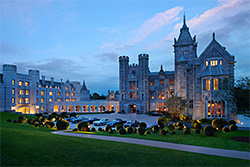 The year 2017 was a record year for European hotel investment as transaction volumes reached a record high of €21.6 billion.

The United Kingdom has registered the highest actual investment volume of all the European countries at €6.2 billion, which is up by 39% year-on-year.

There are several European markets which have witnessed a remarkably higher level of investment activity including the Nordics, Spain, Italy and The Netherlands.

The Nordic hotel investment market had doubled in size in 2017 which is representing a 101% increase year-on-year to post €1.5 billion.

While on Spain, it continued to see strong investment appetite and posted a record-high volume of €3.7 billion in 2017.

The Netherlands also saw a notable uptick and registered €1.4billion, up by 81% year-on-year and €1.3 billion was invested into Italy, up by 16% year-on-year.