2018 Australian Grand Prix is surging the hotel bookings at Melbourne 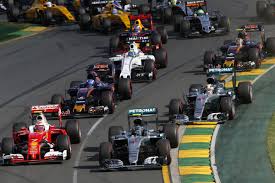 The Over Grand Prix weekend last year was happened on 18th March -20 March.  The hotels in Melbourne has recorded the following performance figures in comparison with the rest of March 2017.

It is data released by STR, Australia’s Melbourne has maximum number of tourism flow during the sports events.  There is a substantial occupancy and ADR uplifts while hosting the event last year.

Melbourne, however, typically operates at higher occupancy and ADR levels, so the performance increases during the Grand Prix are particularly noteworthy.

As a result, RevPAR grew 2.5% to AUD167.72. STR analysts note that increased domestic travel has helped boost the market’s hotel performance, as household income and spending are both up.