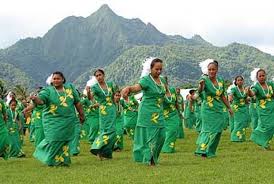 This year was introduced as the year of Tourism for China and Pacific Island Countries at a grand ceremony in Samoa, accompanied by colored fireworks and magnificent cultural programs.

At the ceremony, Luo Shugang, China’s minister of culture and tourism read a congratulatory message extended by Chinese President Xi Jinping to the event.

At the opening ceremony, in a speech delivered by Fiame Naomi Mataafa, Samoa’s acting prime minister, praised the launch of the tourism year, highlighting that it is the direct result of the South Pacific Tourism Organization (SPTO)’s attendance of a high-level dialogue of the Belt and Road Forum for International Cooperation in Beijing, capital of China in 2017.

China-Pacific Tourism Year 2019 is a major landmark achieved and provides a huge opportunity for the countries in Pacific Island to display to China what the Pacific Island countries have in store with their striking natural landscapes, sandy beaches, unique culture and friendly people, she said.

“China-Pacific Tourism Year 2019 also reflects, how we as leaders of the region, have placed value on the thriving Asian outbound tourism markets particularly China with the world’s largest outbound market of around 140 million visitors last year,” she said.

More and more, Chinese tourists are expressing interest for new destinations and experiences and the Pacific island region still remains an unexplored destination, she further added.

On Monday, they told Xinhua that Pacific tourism is at present working on programs to be “China Ready,” and the main target is to sustainably expand and endorse the Pacific to niche Chinese outbound market segments that are keen to experience the gorgeous islands, unique cultures and the healthy and organic food of the region.

The two considered that there is immense possibility for the tourism cooperation between China and the Pacific island countries which draw a total of 2.1 million visitors every year, and of such visitors, an estimated 125,000 plus Chinese visitors visited the Pacific region.