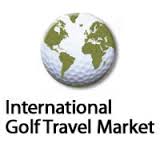 International Golf Travel Market (IGTM) has announced a significant increase in the number of first-time buyers to pre-register for the 20th edition of the world’s premier global event for the golf tourism industry.

Over the past two decades, IGTM has travelled to nine different countries, with the first edition held in Fort Lauderdale in 1998, where it welcomed 130 exhibitors and 100 buyers from 16 countries.

This year, the appointment-based event is set to attract up to 420 buyers from across the globe – an increase of 5% from 2016 – as well as more than 550 golf travel suppliers and 100 specialised international media.

Taking place in Cannes, one of Europe’s most glamorous and accessible destinations, this year’s event will also bring together a number of new buyers from the luxury and MICE sector, all with an interest in golf.

Peter Grimster, IGTM Exhibition Manager, said: “We have worked incredibly hard over the past 20 years to ensure we consistently provide the perfect platform for the global golf industry to network and conduct business.

“Every year we aim to attract new destinations and golf travel businesses to the event, so it is particularly pleasing to see such strong buyer interest, as it will again ensure the 2017 edition of IGTM is another must-attend event.”

In addition to the 260 pre-registered buyers, the 2017 edition has already allocated more than 80% of its exhibition space, featuring more than 20 new exhibitors from countries including South Africa, Cyprus, Japan, Portugal and Spain, as well as returning destinations such as Dubai, further highlighting the event’s global appeal.

“It is also satisfying to see a number of exhibitors, such as Morocco, Canary Islands, Tuscany and European Tour Properties, all choosing to increase their presence at the show this year, as it further demonstrates the on-going importance of IGTM for the global golf tourism industry,” added Peter.

“With over 14,500 appointments in 2016, last year was a record-breaking year for IGTM and, with the state-of-the-art venue in Cannes, we fully expect our landmark 20th edition to reach another all time high.”

The 20th edition of IGTM will take place at the Palais des Festivals et des Congrès in Cannes, in the south of France, from December 11-14, 2017.