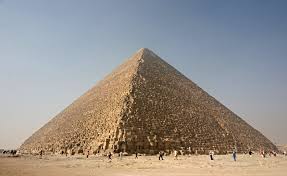 The Egyptian authorities announced the discovery of an ancient limestone tomb of two priests from the fifth dynasty (about 2500 BC) at the plateau of the famed Pyramids of Giza. These two new tombs belonged to a person called Behnui-Ka, who held the titles of purification priest and top judge during the Old Kingdom of Egypt, and another priest called Nwi, who was titled “the purifier of King Khafre.”

The new tomb is a part of an ancient cemetery, which was partially unearthed during excavations in the south-eastern side of the pyramids area, Mostafa Waziri, the secretary general of the Supreme Council of Antiquities, told a press conference at the site.

The graveyard was reused extensively during the Late Period (since early 7th century BC). Many Late Period painted and decorated sarcophagi were also discovered at the site.

In the month of April, the archaeologists unearthed a 3,500-year-old tomb and a mummy inside an unopened coffin dating to at least 1069 BC at two sites in the southern Egyptian city of Luxor.

Egypt has in recent months announced a series of ancient discoveries, which is attracting millions of international tourists. The authorities hope that the discoveries will help revive the country’s battered tourism industry, a main source of national income. The travel and tourism industry of Egypt has been hard hit by widespread unrest since the 2011 uprising against Egypt’s long-time dictator Hosny Mubarak.

The tourism revenues of Egypt have reached US$11.4 billion in 2018, up 50 percent from US$7.6 billion in 2017. Egypt has 250,000 functioning hotel rooms in addition to those that are currently under construction. Additionally, about 11.34 tourists spent nearly 121 million nights in Egypt last year.

The European tourists comprised the majority of arrivals in 2018 with 7 million followed by Arabs and Asians, while German visitors accounted for 1.7 million. Britain came in third place with 421,000 tourist arrivals. Egyptian tourism board believes that the significant rebound in Egypt’s tourism is owed to the enhancement of the cultural tourism sector by trips heading to Luxor and Aswan.