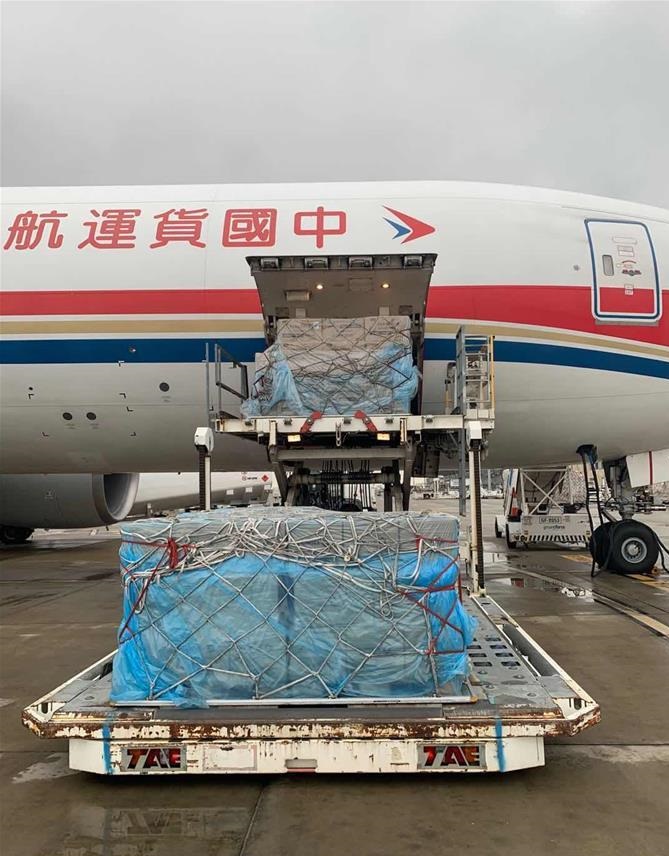 An aircraft carrying medical aid from China to help Spain combat the COVID-19 arrives at Zaragoza airport in northern Spain on March 17, 2020.

The shipment consisting of 500,000 medical masks donated by the Jack Ma Foundation and the Alibaba Foundation, was received by officials from the Spanish Ministry of Health, Consumer Affairs and Social Services.

Sources from the two foundations said the aid was made to help the Spanish government combat the COVID-19, which has so far affected over 11,000 people in Spain and claimed almost 500 lives.

Tuesday’s shipment of aid to Spain follows a similar shipment of 300,000 masks from China to Belgium on Monday.

This is not the only donation to Spain from China, with the Chinese community in Zaragoza also donating 15,123 facemasks, 5,544 pairs of gloves and 1,254 bottles of alcohol and disinfectant gels to local authorities.

Saturday saw the Spanish government declare a State of Alarm in the country, with people only permitted out to work or to purchase essential goods. Spain has also closed its land borders to everyone except for returning Spanish citizens or residents.