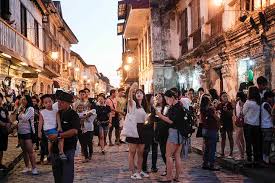 Tourist arrival in Philippines was 11 percent up in 2017 with 6.62 million tourists visiting in 2017 as per the Harry Roque, Philippine presidential spokesman during a news conference at the Malacanang presidential palace.

The 6.6 million tourism milestone is a parlayed growth in the country’s tourism industry he further added.

The government expected the number of tourists to further improve with the Department of Tourism’s agenda to promote new and underrated destinations through an expanded marketing plan, better human resource capacity and service standards.

South Korea accounted for 1.6 million arrivals with an increase of 9 percent from last year as per a data from the tourism department.

After South Korea, 968,447 Chinese visited the Philippines last year which was  43 percent up.

The Philippine government announced in January that it is increasing the number of flights between the Philippines and China will lure more Chinese tourists.