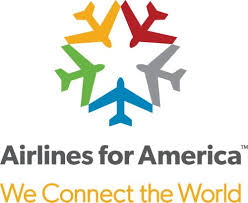 In his new role, Mr. Burke will develop and oversee a multifaceted strategic communications plan that supports the mission and key objectives of A4A and its member airlines. Additionally, he will direct the association’s digital and media relations, crisis communications, branding and advertising programs.

Mr. Burke will start his new role on March 20, 2017 and will report directly to A4A President and CEO Nicholas E. Calio.

“Todd is an exceptional corporate and crisis communications executive whose vast airline experience demonstrates a proven track record of strategic communications counsel,” Calio said. “Todd has successfully led his airline teams through some high profile issues, making him the ideal person to lead the talented, award-winning A4A communications team into the future.”

“My career has afforded me the opportunity to lead professional communications teams in a number of diverse industries,” said Burke. “However, my true passion never strayed far from the dynamic world of commercial aviation, so I look forward to coming back and leading a very talented group at A4A to serve our airline members well.”

A native of Red Lion, Pennsylvania, Mr. Burke and his family will be relocating from Atlanta, where he most recently served as vice president of corporate communications for Popeyes Louisiana Kitchen.