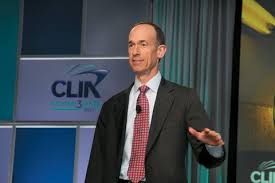 He will be succeeding  Arnold Donald, president, Carnival Corporation, who served has CLIA global chairman since January 2017.

Goldstein felt honoured to take the role for the second time and was looking forward accomplish more as the chair.

The cruise industry continues to grow globally and there is constant work to ensure a positive experience for the guests and the destinations being visited. He was excited to collaborate with their constituencies to pursue the vision.

He also worked  as the Florida-Caribbean Cruise Association chairman, CLIA’s sister association apart from his more than 30-yaer tenure with RCL.

Kelly Craighead, CLIA president said that Adam is a proven leader and his experience is invaluable to the cruise industry. He is thrilled to work with him at a time when CLIA continues to advance the common interest of their community .