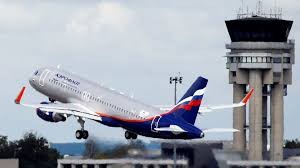 Aeroflot has become the first ever Russian company to take the Grand Prix at the Golden World Awards, the leading global awards for the PR industry. Aeroflot also took three category wins at this year’s awards, which were announced in Barcelona.

Aeroflot’s “Sulimov Dogs” Facebook project took the awards for Travel and Tourism, Digital Media Relations and Community Engagement. The project was cited for its innovation and its effective use of communications tools.

The Golden World Awards are organised by the International Public Relations Association (IPRA), the leading global network for public relations professionals. The IPRA was established in 1955 and is recognised by the United Nations. The Golden World Awards for Excellence in Public Relations, established in 1990, celebrate each year the outstanding achievements of global communication professionals.