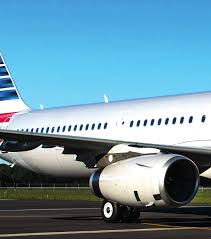 Aeroflot Group ranks 17th in world’s top 25 airlines by passenger traffic according to the latest rating released by the authoritative US aviation publication Air Transport World. The current list of 25 largest global airlines is based on the year 2018 results.

Aeroflot Group has also affirmed its leading positions in Europe. The airline has ranked 5th by passenger traffic among traditional carriers for the third year in a row.

The leading Russian airline holding has joined the ranks of global leaders by a number of criteria. Aeroflot Group has placed 15th in the world by RPKs. This is one of the key operational figures indicating the actual capacity utilization rate.  Besides, the Group has made it into global top 25 by operational revenue.

The Air Transport World ranking findings largely coincide with those of another reliable industry resource – Airline Business magazine. Based on 2018 results, the UK publication ranked Aeroflot Group 18thworldwide by passenger traffic (+2 positions versus last year’s rating) and 16th – by RPKs.

Aeroflot Group has annually upgraded its positions among the leaders of the global aviation, one of the world’s most competitive business sectors. The two major airline industry rankings have confirmed the headway of the Russian airline holding. Aeroflot Group’s sustained presence in the world’s top 20 airlines is a sure sign of delivering on the Group’s ambitious Strategy of development up to 2023. In 2018, Aeroflot Group transported 55.7 million people. It now aims to carry 90-100 million passengers by its 100th anniversary in 2023.