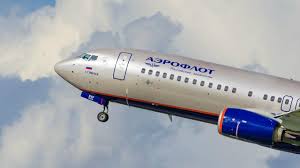 Aeroflot has launched ticket sales for direct flights between Krasnoyarsk and Tyumen. Scheduled flights on the route will launch on 29 March 2020. Daily flights on SuperJet100 aircraft will operate on the following schedule:

The new flights are being launched following the creation of Aeroflot’s new international hub in Krasnoyarsk, which will become Aeroflot’s second hub and a base for Boeing 737 and SuperJet100 aircraft. Thanks to Krasnoyarsk’s strategic location in the heart of Siberia, passengers will have direct flights to cities in the Urals, Siberia and south of Russia. This will also allow Aeroflot to make a significant contribution to the implementation of the Russian President’s decrees to expand the network of scheduled inter-regional passenger routes bypassing Moscow.

The development of a hub in Krasnoyarsk, a major economic and industrial centre of Siberia, is part of Aeroflot Group’s Strategy 2023, which targets carrying 90-100 million passengers by Aeroflot’s 100th anniversary. The new hub will allow Aeroflot to increase domestic and international transit traffic.