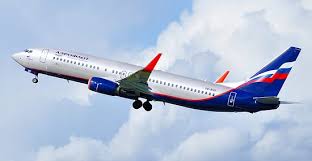 While piloting a domestic flight in Russia on Sunday morning, an Aeroflot pilot reportedly died from a heart attack. Other crew members helmed an emergency landing to seek emergency medical treatment for the first officer, who was said to have passed away sometime during the descent.

The 49-year-old Aeroflot captain was piloting flight SU1546 from Moscow to Anapa when he fell sick, prompting the Airbus 320 to land early at Platov International Airport in Rostov-on-Don, news reports said.

Passenger Yelena Voronova said that a flight attendant announced during the middle of the flight that a cabin crew member was not feeling well, inquiring if there were any medical professionals on board.

“A stewardess practically ran across the aisle. They later asked if there were any doctors on board and said they really needed them. Then they asked again,” Voronova said.

No one came forward, as the pilot reportedly suffered a cardiac arrest, according to some reports. The pilot is said to have died “during the landing,” in the cockpit.

“Unfortunately it was not possible to resuscitate the pilot,” an Aeroflot spokesperson told local media. The Anapa-bound flight was reportedly set to continue with a replacement pilot.

According to a source, the deceased pilot had recently complained about chest pains before boarding the flight, but had passed a “routine medical check-up” and “had no health indicators that would have barred him from piloting the aircraft.”

A spokesperson for Aeroflot, Russia’s flag-carrying airline, was not immediately available to offer further comment.