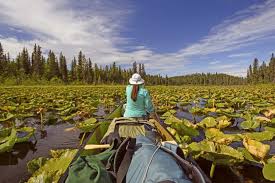 According to the 2019 Africa Visa Openness Index released on Monday, Africa has seen great improvements  in visa openness as Africans  can travel to more countries visa-free.

According to the reports compiled by the African Union Commission (AU Commission) and African Development Bank (AfDB) for the firsts time, Africans on an average can travel to approximately 27 countries visa-free or with a visa on arrival.

There will be greater integration between countries which signals that policymakers across the continents were pushing reforms and made it easier for the African businessmen and women, investors, students and tourists to travel.

This was released on the sidelines of the African Investment Forum underway in Johannesburg.

As per the report 47 African countries improved or maintained their visa openness scores in 2019.For African travellers visa to travel to a quarter of other African countries was no longer required , whereas visa-free travel was only possible to a fifth of the continent in 2016.

Seychelles and Benin were the top two countries on visa openness in Africa offering visa-free access to all Africans as per the index.

On the index Ethiopia moved by a record 32 places and entered the top 20 most visa-open countries in Africa.

AfDB President Akinwumi Adesina mentioned that their work on the Africa Visa Openness Index continues to monitor how Africa is doing on free movement of people.