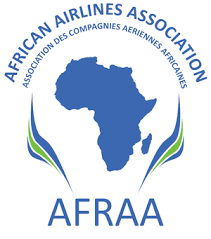 Nairobi, Republic of Kenya, 26 January 2018: The African Airlines Association (AFRAA)
would like to inform all stakeholders that 23 African States will launch the Single African Air Transport Market (SAATM) at the side-lines of the 30th Ordinary Session of the African Union (AU) Assembly, scheduled to take place from 25 – 28 January 2018 at the Africa Union Commission Headquarters in Addis Ababa.

Various aviation stakeholders comprising of high level delegates from the African Union
Member States, trade Associations, the international media, representation of global aircraft manufacturers, civil society and the wider public with be present at the event on 28 January 2018 which marks a major milestone in unlocking the potential of African aviation.

The pursuit of full liberalisation of African skies received a major lift in 2015 when 11
African Heads of States at 24th Ordinary Session of the African Union (AU) Assembly made a solemn commitment to the implementation of the Yamoussoukro Decision (YD) towards the establishment of a single African air transport market by 2017. Significant strides have been achieved thereafter through the advocacy activities of IATA, AFRAA, the African Union Commission through the African Civil Aviation Commissions (AFCAC), the
International Civil Aviation Organisation (ICAO), the members of the Ministerial Working
Group and other industry stakeholders.

The number of countries that have signed the Solemn Commitment increased from 11 to 23.

These include: Benin, Burkina Faso, Botswana, Capo Verde, Republic of Congo, Côte
d’Ivoire, Egypt, Ethiopia, Gabon, Ghana, Guinea Conakry, Kenya, Liberia, Mali, Mozambique, Nigeria, Rwanda, Senegal, Sierra Leone, South Africa, Swaziland, Togo and Zimbabwe. These Member States have been requested to implement a number of key steps towards ensuring the full implementation of the YD, the initial condition for the
establishment of the Single Market. A number of the remaining African States are embracing the YD through Bilateral Air Services Agreements (BASAs).

Mr. Abdérahmane Berthé, the Secretary General of AFRAA lauded the 23 States that are the initial members of the SAATM. “With operationalization of the SAATM, intra-African
connectivity will develop and in turn, aviation’s role as an economic driver will grow
significantly,” he said. He urged the States to go a step further to ensure they create an
enabling operating environment for airlines so that they may realise maximum potential of
the SAATM and take advantage of the benefits that aviation brings. He appealed to the remaining African states to join the 23 to help in the realisation of the far-sighted vision of a Single African Air Transport Market that will help spur the development of African aviation.

The States that have signed the solemn commitment offer a significant single air transport
market space, in terms of traffic volumes and airport infrastructure and airlines within the
twenty-three countries account for more than 80% of the intra-African traffic.