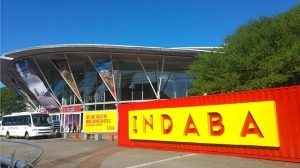 African Tourism Minister Derek Hanekom’s optimistic trade floor opening speech set the tone for what turned out to be, in his words, the best Africa’s Travel Indaba hosted yet.

Hanekom’s speech focused on the future of Africa’s tourism industry, saying that by 2030, the continent would be

welcoming some 126-million international tourists. “Are we up to it? Yes, we most definitely are.”

President  Cyril  Ramaphosa  made  a  surprise  visit  to  the  event,  addressing  tourism  industry  and  media  delegates. Throughout his address, Ramaphosa emphasised the tourism industry’s importance in growing Africa’s economy and promoting a country’s identity. “Tourism is the one of the most international industries as it showcases the country’s identity and offerings to the world. If you want to showcase what you produce, clothing, food and arts, tourism is that window all of us can present to the world.”

Being held at Africa’s Travel Indaba for the first time – following on numerous successful years at Meetings Africa – the Green Stand Awards recognised eight companies with environmentally friendly stands. The biggest winners of the event included Classic Safari Africa, which won the platinum pavilion award, and Thompson’s Tourism, which walked away with the platinum award in the large stand category.

Business Talks is one of the premier events that takes place over the duration of Africa’s Travel Indaba with industry experts engaging on a variety of issues.

Ranging from panel discussions on how rural communities can benefit from wildlife to South African Tourism board member Thebe Ikalafeng’s recounting of his cross-Africa travels, this year’s business talks was a great hub for sharing knowledge and ideas.

The discussions also featured speakers from outside of the African continent. Wall mural unveiling

The  unveiling  of  a  wall  mural  at  the  African  Tourism  Indaba  2019  represents  a  big  step  forward  in  driving  the opportunities culture can bring to tourism.

Speaking at the unveiling, Michelle Constant, a member of the South African Tourism (SA Tourism) board, says one of the great challenges for South Africans is unlocking the great potential of its’ extraordinary historical and present culture. “If we think about the five pillars of tourism, one of these is cultural roots and through this we can drive creativity. Today’s unveiling of this mural is an opportunity for us to demonstrate this,” said Constant.

came together to hear what South African exhibitors have to offer.

One  offering  coming  out  of  Limpopo  seemed  to  capture  the  buyers’  imagination.  Tahs-Sa  Traditional  African

Homestays South Africa offers travellers the chance to live like a local in the heartland of Limpopo. “They have about

25 families that opened up their homes and they would go and live with and cook and basically do everything,” said

South Africa has been named best safari experience in Africa by the Safari Awards Africa 2019. South Africa won the award as it came out tops in 10 of the 18 categories of the Awards.

The award is a differentiator for South African Tourism. “The importance of this award is that it sets us apart from all the other safari destinations as we have the unique advantage of being able to showcase our world class ocean safaris with  our  incredible  land  safari  offerings.  Being  awarded  this  prestigious  accolade  is  a  true  honour,”  said  Bradley Brouwer, Head of Global Trade for SA Tourism.

Tourism KwaZulu-Natal (TKZN) were equally thrilled by their participation at Africa’s Travel Indaba.

“TKZN  hosted  a  tourist  industry  stakeholder  stake  holder  breakfast  where  the  MEC  of  Economic  Development, Tourism and Environmental Affairs, Sihle Zikalala announced the construction of a R1 billion new Beach resort on the KZN North Coast that will be opened in 2022, answering a long -standing need from the trade,” commented Phindile Makwakwa, acting CEO at TKZN.

“We  also  welcome  news  that  14  private  sector  companies  are  coming  on  board  to  provide  a  global  marketing campaign for the KZN Province, demonstrating confidence in our tourism infrastructure and diversified producing offering,” added Makwakwa.