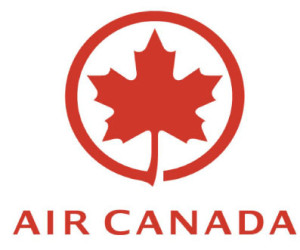 The Air Canada Foundation sixth annual golf tournament netted over $1,100,000 in support of organizations focused on health and well-being of children in Canada. The tournament was held Monday, July 10 at the Saint Raphaël Golf Club, Québec, and featured close to 300 golfers from across North America. It included a full day of golf followed by a cocktail-style dinner, silent and live auctions of items donated by tournament partners and Air Canada Foundation supporters.

“The overwhelming generosity of Air Canada’s partners and friends has once again ensured the success of the Air Canada Foundation Golf Tournament signature event raising over a million one hundred dollars,” said Priscille LeBlanc, Chair of the Air Canada Foundation. “We also appreciate the tireless work of Air Canada employee volunteers who helped organize and facilitate the sell-out event thereby allowing the funds raised to be directly reinvested towards the health and well-being of children. On behalf of all the children and their families whose lives are touched by the Foundation, I thank our loyal sponsors, participants and volunteers for their on-going generosity and support.”

AIMIA returned as Presenting Partner of this year’s event which was supported by more than 100 Canadian, American and international corporations and organizations.To mark this year’s annual golf tournament and its longstanding partnership of over 25 years, the Air Canada Foundation was proud to make a $ 200 000 donation to Dreams Take Flight the Air Canada employee and retiree led charitable foundation which enables thousands of children with physically, mentally or socially challenged backgrounds from across Canada to experience an all-expense paid day at Disney. Three of their ambassadors, William, Jordan and Samara played an important role during the day by manning the highly coveted lemonade stand, enticing golfers with refreshments while raising funds for the Foundation.

To celebrate this special occasion, a video was featured during the event to showcase through the eyes and hearts of children and their parents how the Air Canada Foundation has helped children in need. The new video launched on social media yesterday is now live and will be featured on board Air Canada flights in the coming months.

As a registered not-for-profit organization, the Air Canada Foundation’s mission is to help connect sick children to the medical care they need, grant children’s wishes and alleviate child poverty.