Air Canada suspends all operations in the U.S. 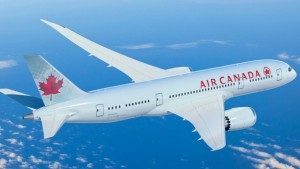 Air Canada recently announced that it has decided to suspend all scheduled transborder flights between Canada and the United States entirely after April 26. The move comes after the extension of the U.S.-Canada border closure and travel restriction between the two countries.

According to official reports, the carrier plans to resume operations to Canada’s neighboring nation on May 22. However, with the increasing number of coronavirus cases across the U.S., restrictions are likely to be extended once again. This, in turn, would enable the suspension of cross-border flights to remain in force.

Air Canada had already reduced its services significantly, following the rise in COVID-19 cases. Lower passenger demand and global travel restrictions due to the pandemic also forced it to ground the majority of its aircraft. Irrespective of the situation the carrier continued to fly across the border over the last month especially with rescue flights.

Air Canada said in its official statement that Air Canada has reduced its schedule by more than 90 percent as a result of COVID-19 since March 16. It informs that following the initial announcement of U.S.-Canada travel restrictions on March 21, Air Canada maintained limited service to 11 U.S. destinations from its three Canadian hubs to facilitate the repatriation of Canadians. Nearly 6,600 Canadian residents stranded abroad in places like Morocco, Spain, Ecuador, Peru, Algeria, Argentina, and Colombia have been brought back home by the carrier.

Despite being a completely global player, it inevitably relies on the U.S. for a significant portion of its international income due to its proximity. The airline will monitor the progress of the fight against the pandemic in the states over the upcoming weeks and act accordingly.

Anyone affected by the latest suspensions in place will have their change fees waived during this period by the company. This process will help passengers reschedule their travel with no extra charges.