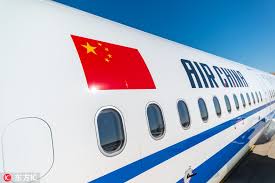 Air China is continuing to focus its attentions on building up its connectivity to London, with its current 17-times-weekly flights between the UK capital and Beijing set to go triple daily from March 31 next year.

At this time, the boost to a triple daily schedule is only being displayed on the airline’s Chinese website though it is possible to view this in English. That Air China seems to have managed to obtain new slots at Heathrow Airport for both its Beijing and Chengdu services is surprising – available slots at the UK’s primary airport are highly sought after and not especially abundant.

That being said, it does look as though China’s national carrier has had to switch up the schedules for its three daily flights from March 31 onwards in order to obtain these slots.