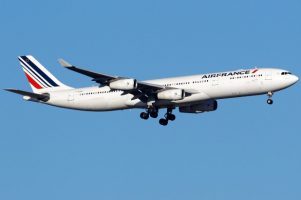 An Air France jet was forced to make an emergency landing at Tokyo’s Haneda Airport on Monday following a drop in the tire pressure of its main landing gear. The flight also had a foreign dignitary who was supposed to attend Japanese emperor Naruhito’s enthronement ceremony scheduled on Tuesday.

There has been no injury report due to the emergency landing around 12.20 pm of Flight 272. The Boeing 777 plane of Air France was travelling to Haneda from Paris with 323 passengers on board.

The identity of a foreign delegate on board has not been revealed. A large number of foreign delegates are coming to Haneda to participate in the enthronement ceremony at the Imperial Palace in Tokyo on Tuesday. Some have arrived in private planes and some in commercial flights.

Around 2,000 delegates from Japan and other countries are supposed to attend the enthronement ceremony.

All the 267 passengers on board were safe and were taken care of by the local authorities during their unexpected stop in Iran.