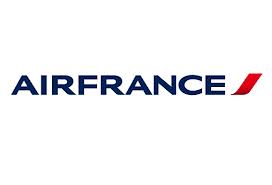 The Air France Magazine, freely available at all boarding gates, in the lounges and on board Air France flights, is on show at Paris Plages (the “beach” in Paris). From July 29 to September 3, 2017, the magazine is taking part in the “Paris Plages” event and is setting up a photo exhibition, “Paris, vu d’ailleurs”, in collaboration with the City of Paris.

Located on the right bank of the river Seine*, the exhibition, made up of 14 photos, pays tribute to the French capital. These shots, taken from the special August issue of Air France Magazine devoted to Paris, were taken by three great names from the world of photography:

Maripol followed the poetic adventures of the Italian Maria Grazia Chiuri, the new artistic director of the women’s collections at Dior; Alexandre Guirkinger ventured into the private gardens of Chef Alain Passard, escaping to Paris and beyond.

With this new initiative, Air France Magazine and the City of Paris are inviting the general public to discover a new way of seeing Paris, “Paris, vu d’ailleurs”, an impressionistic mosaic that promotes the capital city and French lifestyle.

Exceptionally in August, there will be three different covers of the magazine, each with a photo taken by one of the chosen photographers.