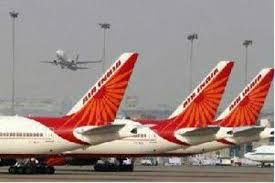 Air India is all set to take off for Amritsar from London Stansted later this month with the launch of Air India’s three-times a week service to Amritsar in the north west of the country.

This will be the only direct service between London and Amristar to start on October 31st and will be operated by Boeing 787 Dreamliners offering business and economy classes.

London Stansted chief executive, Ken O’Toole mentioned that it is  fantastic news that there will be a direct non-stop connection to Amritsar, Punjab from London Stansted Airport with Air India.

Stansted has an ideal location which serve the Asian community in north and east London and across the east of England.

He felt delighted that Air India has recognised the customer demand for Amritsar and their ambition was to use their spare runway capacity to build their long-haul route network and improve the UK’s connectivity with the rest of the world at a time when availability is in short supply across south-east airports.

By welcoming the arrival of Air India will further help them  bring closer to their goal.