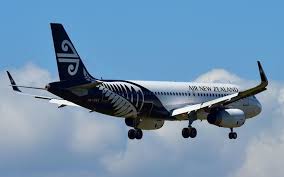 Air New Zealand Chief Revenue Officer Cam Wallace says one-way fares will drop as low as NZD $69 on flights from Auckland to Melbourne as an example.

“Customers are going to get some ridiculously good deals on flights across the Tasman. Like all airlines we have seen some softness in demand on routes like the Tasman where we now have some empty seats due to travellers mainly from Asian destinations not connecting between New Zealand and Australia.

“Kiwis and Aussies are going to be able to head away for holidays or to see family and friends or do business for cheaper than a night’s accommodation at most hotels.

“We’d encourage customers to get in quick as the cheap seats are likely to sell faster than tickets for this weekend’s $50 million dollar Lotto draw,” Mr Wallace says.

Here are some of the ridiculously cheap seat only fares going on sale today for travel from mid-March 2020:

The ridiculously cheap fares are available now until the end of Monday.