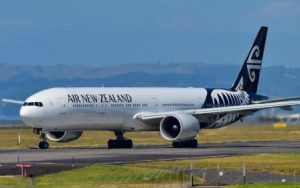 New Zealand’s flag carrier Air New Zealand has decided to postpone its Auckland to New York direct flights by a year. The decision comes in light of the coronavirus pandemic as the aviation industry continues to be harshly affected by the COVID-19 crisis. The carrier will also delay the introduction of its Boeing 787-10 fleet, new business class cabin as well as exit its fifth freedom Auckland to London via Los Angeles route early.

In the wake of the coronavirus outbreak, Air New Zealand has witnessed less than 5% of the business as compared to what it would normally see going into the southern hemisphere winter.  The latest action of delaying the Auckland-NYC route may even extend until 2022 if the market fails to recover.

The route would connect the two cities over a distance of 14,200km and would be flown by a special premium heavy configured Boeing 787-9. Air New Zealand also postponed the introduction of its new Boeing 787-10 aircraft until after 2022 to reduce expenditure over the next few years. The Boeing 787-10s and Boeing 777s also planned to carry a new business class. With both aircraft being postponed for the next year, the new cabin has also been delayed.

Nick Judd, Strategy and Alliances Officer, Air New Zealand’s Chief Networks said in a press statement that it is deeply disappointing to be in such a position at the moment. He mentioned that people have worked tenaciously over the years to build the markets and the excitement for non-stop New York flight was at an all-time high. He added that as the effects of COVID-19 continue to remain, the company would expect most countries to take a cautious approach to international travel in the next year and everyone has to be pragmatic.